Conquest of the Absurd

It was mid January, and I was on the Welch/Dickie Loop, a popular 4 mile hike over the twin summits of Welch and Dickie Mountains. I had just crested Welch, and as I began my climb up to Dickie, I came upon two hikers.

“How’s it going?” I asked. I noticed they were decked out in full-on winter mountaineering regalia. Big packs, plastic boots, gaiters—the whole deal. They were understandably laboring under the weight of those big packs as they tried to surmount a short ledge in the trail.

One of the hikers looked at me. “Are you running?” As he said it, the last word dripped with incredulity. “Yeah,” I shot back. Clearly envisioning my inevitable demise, he asked, “Have you filed a flight plan with someone?”

“My wife knows where I am.” I jumped over their troublesome ledge, and picked up my pace up Dickie’s summit slab, trying to put some quick distance between them and me. I think I heard one turn to the other and say, “He’s crazy.” 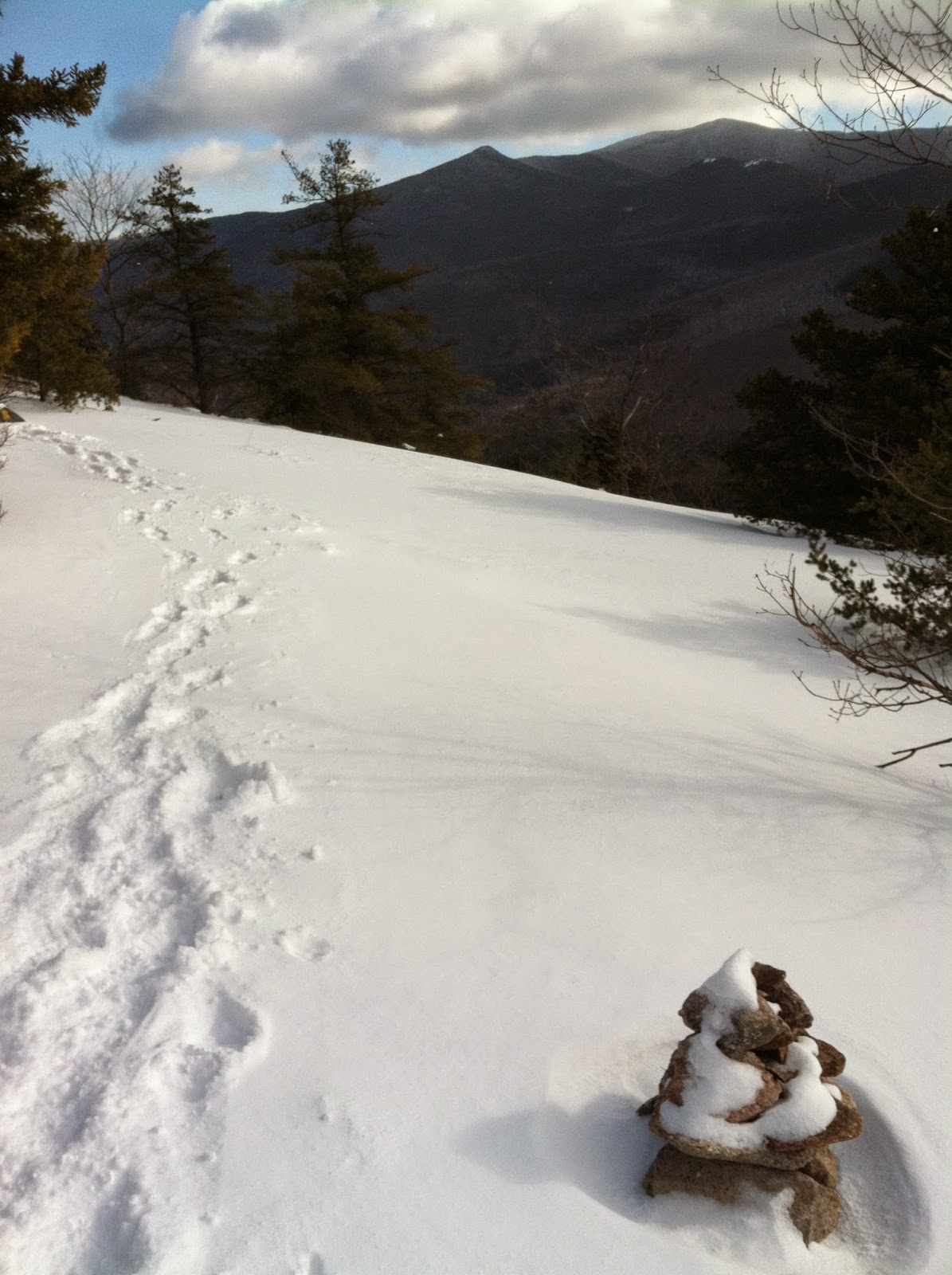 Following the mountaineers on Welch and Dickie

The run went quite well. Other than the strange encounter, I had the beautiful trail to myself. I did take a sketchy slip while descending a short ice slab. I planted my left foot and found myself on my butt, sliding the 10 feet down the slab. After that, I made it back to the car without incident. I stopped my watch at 1:05.

As I sat down to take my micro-spikes off my Gore-Tex running shoes, I noticed that I had put the left microspike on upside down, with the spikes pointing up into my shoe, instead of down on the trail. That explained my slip on the ice. Shit, maybe I AM crazy.

My time on Welch/Dickie was far off the fastest known time for the loop (somewhere around 40 minutes by either Pat McElaney or Tim Deroehn, depending on whom you ask). But winter running isn’t really about running for time. It can’t be.

It’s really all about the conditions. One day, you might find a packed out sidewalk that allows glorious 9 minute miles, while another day, that trail might be covered in powder that only yields to a 17 minute/mile death march. Just the other day, I ran a standard loop at Smarts Brook. There was a light dusting on the trail. Nothing serious.

It snowed that night, and the next day, I decided to run the loop again. Luckily, someone with snowshoes had broken the trail. The woods sparkled with new powder. Tiny snow particles caught the morning light and looked to dance in the cold air. I quickly ran up the trail, my breathing only slightly disrupting the stillness of the winter morning. This is why I run trails in the winter, I thought, this is… just…perfect…

And then the snowshoer turned around. The nicely broken trail turned into 4 inches of powder covered by an ice crust. A horrendous, terrible, evil ice crust. A painful ice crust. With every stride, by foot crashed through the crust, descend through the powder, and the natural pronation of my ankle rolled my anklebone right into the razor edge of the crust. Over and over and over. During the last two miles back to the car, the crust bruised and cut into my anklebones, so much so, that I limped most of the next day. 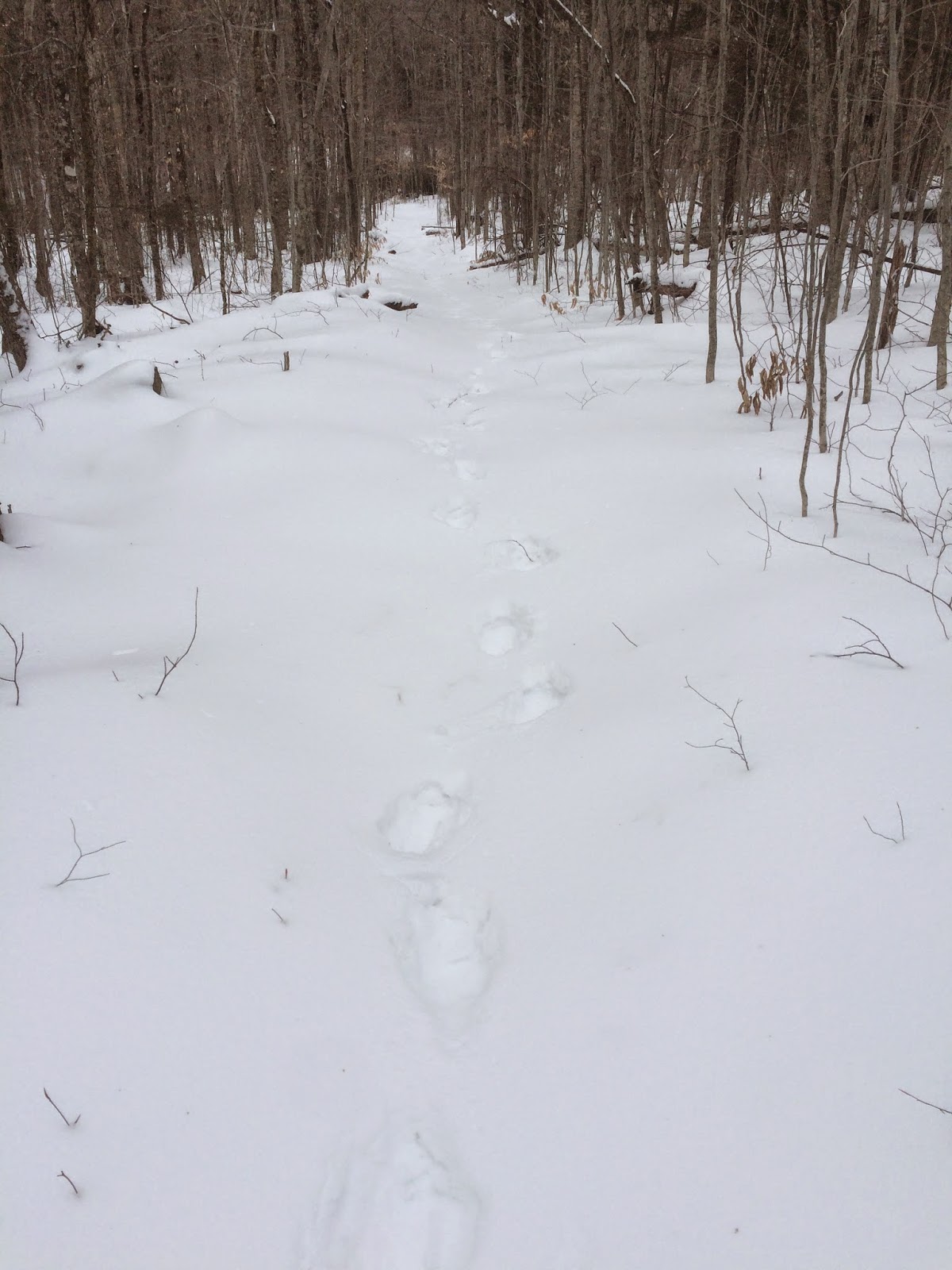 I returned a week later, this time armed with cardboard I had taped over my now-healed anklebones. I found a packed out trail, and had no need for the cardboard. In fact, the cardboard wore a hole into the top of my foot where it rubbed. I might be the only runner I know who has gotten a blister from poorly fitting cardboard.

Winter running is absurd, and this absurdity can be refreshing. After having run for 25 years, when I go out on the road, I know what to expect. I can plan on 8ish minute miles. I can compare my run to runs from last year, and to runs from when I was much younger and much faster. I’m always comparing to some previous, fitter, version of myself.

When I go out on a winter trail run, I have no idea what to expect. Slogging up unstable snow to the summit? Cool! Bounding down stable Styrofoam snow on the way down? Even better! Straining not to walk in places where in the summer, I’d be casually running? Awesome! Running the trails in the winter is the only time when I’ve been proud of 15 minute miles.

I think my body likes that. There’s really no such thing as repetitive motion on the trails, especially when they’re snow covered. Each stride is completely unique—kind of like a snowflake. There’s slipping, skidding, tripping, and sometimes falling. It’s all part of the experience. But after a few runs through the snow, I notice my hips, knees, ankles, and feet getting stronger. And this strength has to help in the summer when the trails dry out and the running gets easier.

Is winter trail and mountain running for everyone? Certainly not. But that’s one of the things I like about it. The trails are relatively empty except for snowshoers (whom you love for breaking trail) and the random mountaineer types whose minds are blown by your supreme awesomeness. Or craziness. 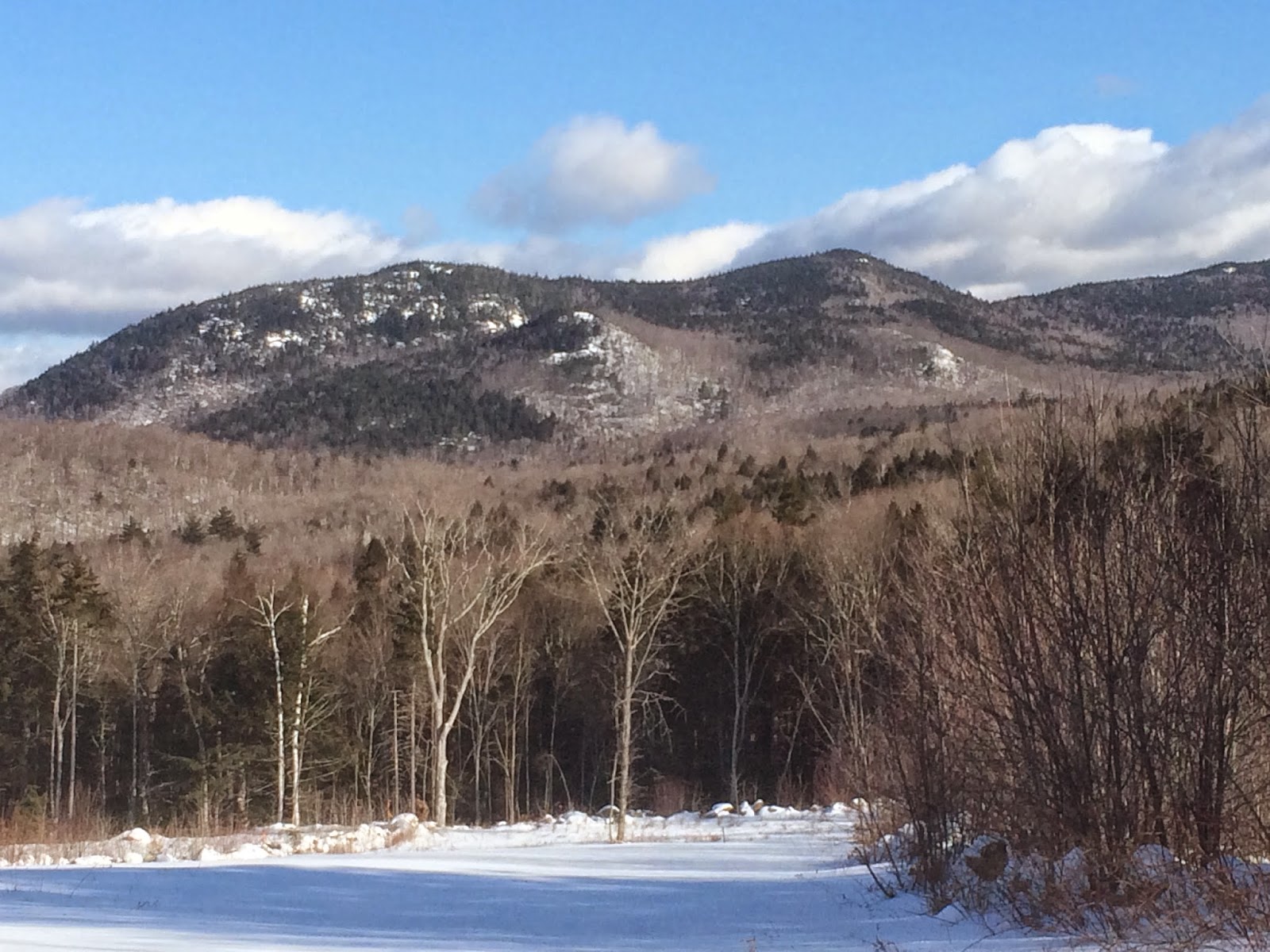 "I might be the only runner I know who has gotten a blister from poorly fitting cardboard."

That's the Jay I know! And you need more snow.

Nice post Jay, glad you're getting after it in your old age.

Older Post Home
Subscribe to: Post Comments (Atom)
All posts have been written by Jay Knower who has sole ownership of their rights. You may not copy and/or sell these posts to others. On second thought, you may sell them, but Jay Knower would like a cut. He would also like to know why you thought the post was good enough to reproduce, let alone sell. He values feedback on his writing, just like everyone does. He's not insecure or anything. Why would you think that? Did he give you reason to think that? Actually, Jay Knower doesn't really care what you think about his posts. He'd like to know what makes you the expert, anyway. 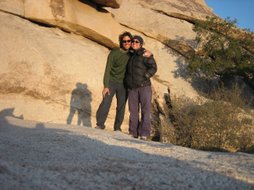 Kayte and Me, Joshua Tree, California 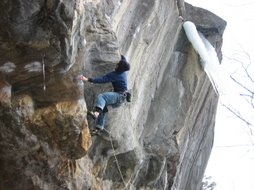 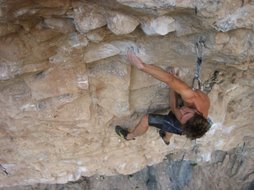 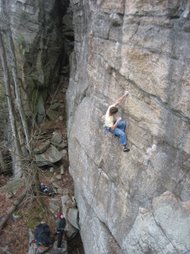